Xiaomi launched the Mi 10T with its 64 MP camera in India while showcasing the power in October last year. But, now there is great news for those users who are thinking of buying this phone because the price of the Mi10T has been reduced by Rs 3,000. At the time of launch, the company had put the initial price of the phone at Rs 35,999. Let’s know further what is the new price of all its variants after the phone is cut. 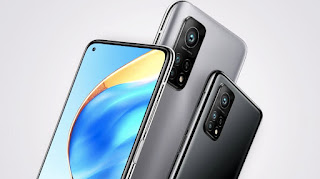 Buy phone from here
Explain that the company has not yet made any official announcement regarding the deduction, but it can be purchased from Flipkart and Mi.com for a lower price. The M10T is being sold in cosmic black and lunar silver color options.
Specifications
Xiaomi Mi 10T has a 6.67 inch large FullHD + dot display support with 20: 9 aspect ratios and 2400 x 1080 pixel resolution. At the same time, the screen works at 144Hz refresh rate, which is protected with triple Corning Gorilla Glass 5. At the same time, this phone has an octa-core processor with 2.84 GHz clock speed for processing. 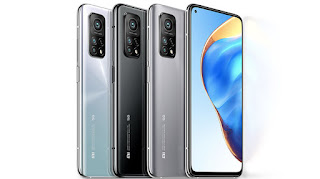 At the same time, the phone has triple rear camera support for photography. The Xiaomi Mi 10T smartphone supports a 64-megapixel primary Sony IMX682 sensor with F / 1.89 aperture. Apart from this, it has a 13 megapixel ultra wide angle lens with F / 2.4 aperture and a 5 megapixel macro lens with F / 2.4 aperture. In this way, the phone has a 20-megapixel ultra-polar punch-hole camera with F / 2.2 aperture for selfie and video calling.
For power backup, the 5,000 mAh strong battery in the phone has been equipped with 33 watt fast charging technology. At the same time, 128 GB internal storage support is provided with 6 GB RAM in the base variant of the phone and 128 GB internal storage with 8 GB RAM memory in other variants.
Xiaomi m10t specification